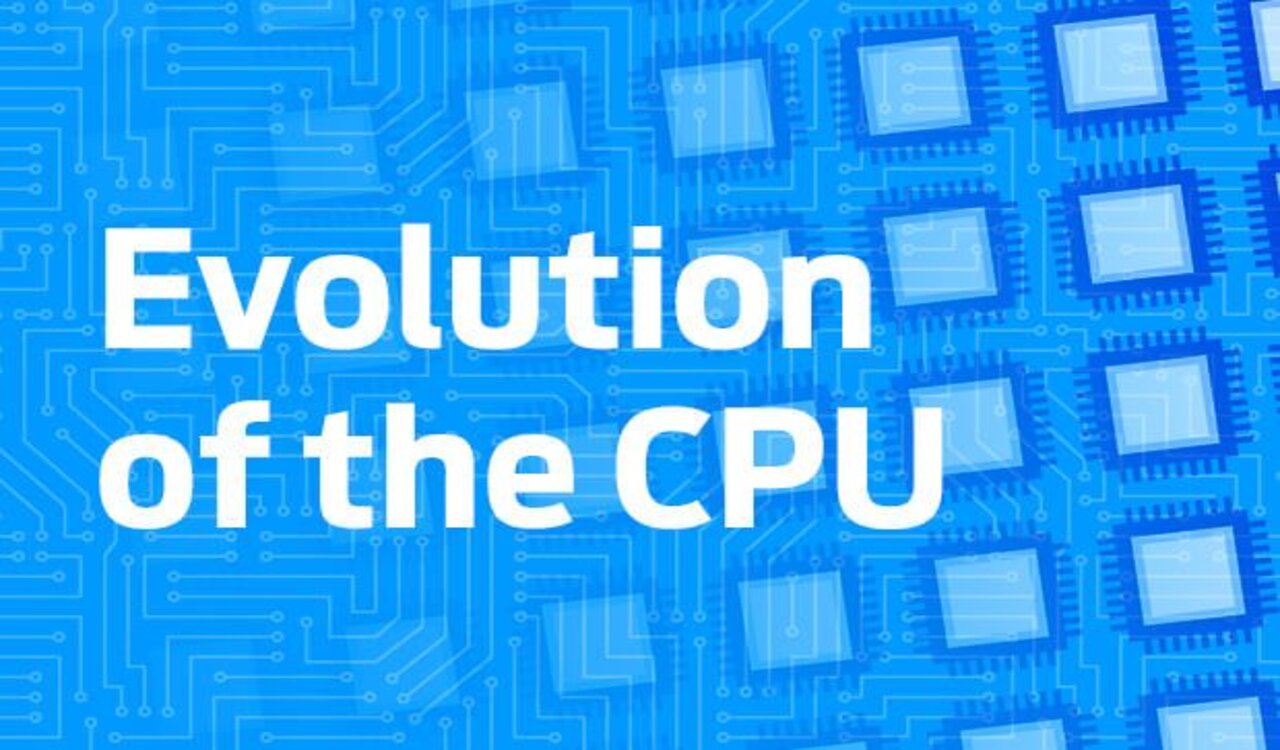 Whether it’s a laptop, desktop PC, or a high-powered server, microprocessors are the key component at the core of all types of computer hardware. Essentially, the central processing unit (CPU) is the brain of a computer system. It carries out the number-crunching, moving power between other vital components, and fulfils the input-output operations that are essential for all software functions.

No matter the project you’re working on, you’ll always need a certain level of power in order to match the needs of said project. But when it comes to processors, it’s not always obvious which CPU is the best fit.

There’s dual-core, quad-core, i3, i5, i7 and Xeon, and that’s just the Intel processors. Upon first glance, it might seem impossible to understand what these all mean, never mind the benefits of each. What exactly are the various generations of Intel microarchitecture?

To help shed some light on this mystery, we’re going to take you through the history of CPU technology, starting with the very first Intel processor.

Intel CPU history begins way back in the 1970s, when they created the world’s first commercial microprocessor. Based on the x86 instruction set architecture, which is still with us today in some form, it enabled the fresh compatibility and interchangeability of different computer components.

While a CPU’s microarchitecture concerns the design of the CPU itself, the instruction set architecture defines the interface between the processor and the software itself. Put simply, it dictates what a CPU can interact with. Thus, the widespread adoption of x86 enabled chips from different manufacturers with different architectures to work in broadly the same way.

Of course, the first Intel processors were pitifully slow by today’s standards, and after 40 years of innovation modern CPUs are planet-sized supercomputers in comparison. Over that time, Intel has gone through a host of model names and ‘families’. If you’re old enough, you might actually remember the excitement of bringing home your first Pentium PC. But more recently, manufacturers have introduced catch-all ‘generations’ to define their latest microarchitecture.

Since ‘Nehalem’ in 2008, every Intel generation has been assigned a codename, common to various CPU models that share the same architecture. This continued through Sandy Bridge, Ivy Bridge, Haswell, Broadwell, Skylake, and now Kaby Lake, each with its own advancements and new features.

What’s the difference between frequency, cores, threads, and cache?

As Intel processor history continues to develop, a rather bewildering classification system around compute hardware and processors has become more and more common.

In the 1990s and early 2000s, everything was focused on frequency or clock speed. In simple terms, this means how many clock cycles or calculations the CPU can completed per second. A higher frequency (measured in MHz or GHz) usually indicates better performance, but as time has gone on, it’s become clear that while higher clock speeds are always preferable, other efficiency-boosting features are just as important.

One of these features is the number of cores within a processor. The history of CPU technology is littered with references to cores. Since the first generation of the Intel Core series, the number of processor cores has become a major performance indicator. Compared to older single-core designs, multicore processors effectively function as two, four, or even upwards of six separate CPUs.

This allows for a whole new level of multitasking, enabling computers to perform multiple intensive tasks at the same time. Examples of this would be image rendering, gaming, and background virus scans, while keeping performance as fast as possible. With the efficiency gains made by multicore architecture, many top-end single-core chips suddenly found themselves outperformed by dual-core processors with lower clock speeds.

Thread is another software term used by Intel in the context of its ‘Hyper-Threading Technology’. This refers to ‘the basic ordered sequence of instructions that can be passed through or processed by a single CPU core’. Hyper-Threading allows each core to run two threads instead of one, basically creating two virtual cores for each physical one to enable even more multitasking.

While Hyper-Threading can’t provide as much extra performance as additional physical cores, it’s still a significant boost, and a server that combines multiple cores with Hyper-Threading is ideal for hosting high-demand applications.

Finally the processor’s cache is a small amount of memory built into the CPU that copies frequently-used data from the main system RAM and stores it for fast access. Like clock speed and the number of cores and threads, it’s usually a safe bet that a bigger number equals better performance, enabling your computer’s operating system to boot up faster.

Long gone are the first Intel processors. Instead, the two big names in Intel’s current line-up are the Core range (the i3, i5, and i7) and Xeon. Core is the Intel brand for mid to high-end processors for home and business users. While Core i3s usually have two cores, the latest i5s and i7s are quad-core CPUs, providing enhanced performance and multitasking.

Intel Xeon processors, on the other hand, are aimed more at the professional workstation and server markets, with features that lend themselves to enterprise users rather than consumers.

For example, top-end Xeons can support over 1TB RAM. While not particularly relevant or practical for the average consumer, it’s potentially useful for large-scale server applications. The most powerful Xeons will also deliver more cores, potentially upwards of 24, and a larger cache of up to 60 MB.

In short, quad-core Core i5s and i7s are more than enough for most small to medium business applications, but if your budget allows, you should definitely consider Xeon processors for more demanding server requirements. For a comprehensive resource detailing all currently available Intel CPUs, you can visit ark.intel.com.

Of course, if you’re still unsure which dedicated server setup is right for you, why not get in touch with our experts?

At Fasthosts, our dedicated servers support powerful Intel processors to ensure optimum performance for your website and applications. Our team will be happy to talk to you through our various packages and find the ideal configuration to ensure your sites and projects run smoothly.

You can also visit the SirsteveHQ’s website for details on our web hosting and email services, as well as reading our detailed guides and articles on the SirsteveHQ blog to further enhance your tech knowledge.