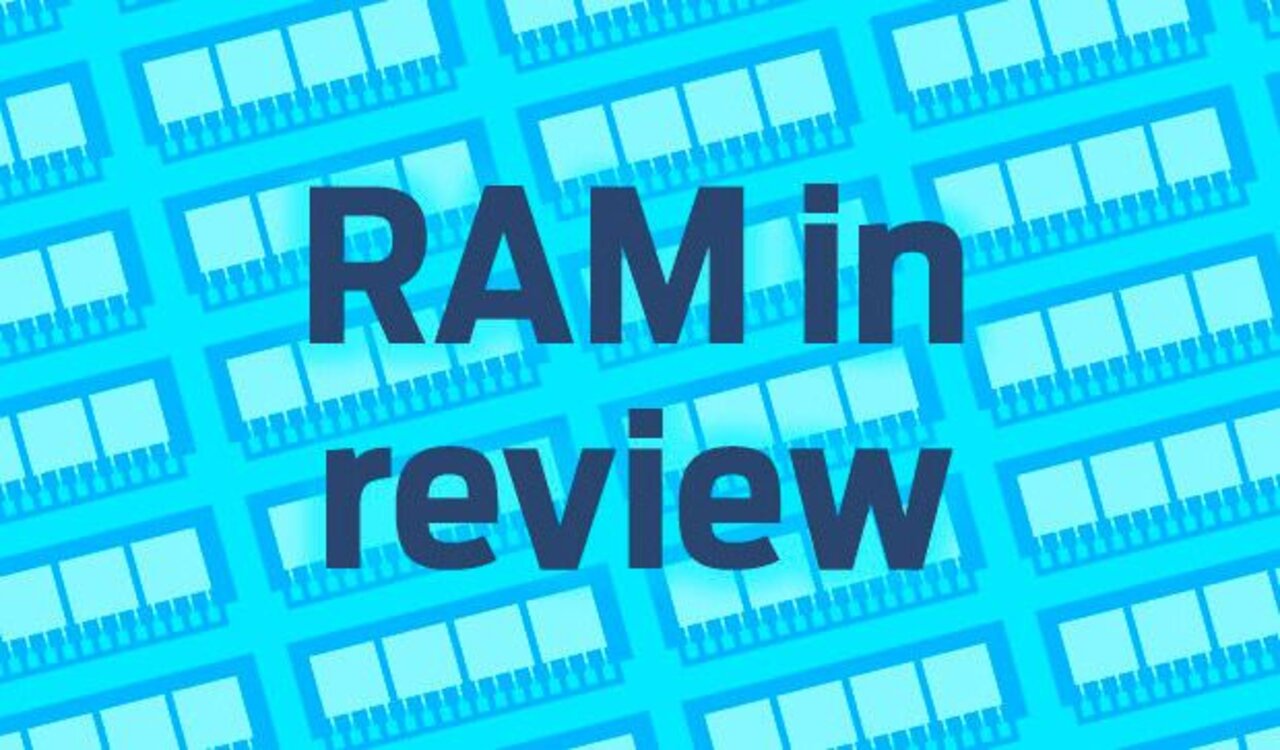 Together with a computer’s processor and storage, random-access memory is a crucial element in the performance of a computer system. Random access memory allows data to be quickly and easily accessed by the CPU, meaning the operating system, software, and processor can run at maximum efficiency.

Random access memory (RAM) is a form of computer memory designed to make the running of computers and apps faster. The ‘random-access’ part of RAM refers to how data can always be read or written directly, no matter where it’s physically located on a device – unlike the speed of conventional storage which may be limited by moving parts.

You could think of RAM like your short-term memory. While your brain can store a huge amount of information, your mind concentrates on what’s immediately relevant to a specific task. Similarly, a PC or server can store a massive amount of data on a storage drive, but it needs to load the data relevant to an application into the random access memory in order to run it efficiently. It’s similar to how recalling a colleague’s name comes easier than remembering your Year 8 Geography teacher.

Random access memory is designed to provide a temporary workspace for holding memory, greatly improving computer performance. It stores data related to what your computer is currently running so that it can be accessed instantly by a computer’s processor, rather than going directly to the hard drive.

By having instant access to the operating system and relevant app info, systems can run seamlessly. More RAM means you can run more apps simultaneously. In terms of actual performance, it’s usually the case of the more RAM the better. the more random access memory you have, the less reliant your CPU is on data storage, meaning tasks can be executed faster.

In every regard, random access memory chips are faster than standard storage devices.

What is the difference between dynamic and static RAM?

There are two main forms of RAM. The first, dynamic random access memory, is the more common, slower, but cheaper form of RAM. It needs to be constantly refreshed to retain data, so it takes longer to pull information from it, but it can store more data overall.

Static random access memory, on the other hand, is faster but more expensive. Static RAM operates in a CPU’s speed-sensitive cache without needing to be refreshed, allowing data to be pulled for use with the click of a button. This rapid speed comes at a price, however, as its overall storage space is rather limited. To get the best of both worlds, the majority of computers will use dynamic and static RAM in tandem.

Most random access memory is also classed as ‘volatile memory’, meaning data is only retained until the power is switched off. While your OS and files will automatically be loaded back into your RAM the next time you turn on your computer, changes will only be made permanent if they’re saved to a computer’s general storage.

Early RAM was asynchronous, meaning it didn’t run at the same frequency as the CPU. This became a problem when memory couldn’t keep up with the latest processors. But by the early 1990s the development of synchronised dynamic random access memory (SDRAM) solved this issue.

Double data rate (DDR) RAM was developed around 2000. This technology boosted the rate of data transfer to twice the memory’s clock speed. It was around this time that the meaning of SDRAM was modified to become single data rate RAM. Since then, we’ve seen four generations of DDR RAM, with the most widely used versions now being DDR3 and DDR4.

The most recent generations of DDR random access memory, DDR3 and DDR4, came with performance enhancements and reduced power consumption. Compared to DDR3, DDR4 RAM offers higher data transfer rates and power efficiency improvements that make it ideal for servers and data centres, where the power consumption of hundreds of machines adds up fast.

While the difference in raw performance between DDR3 and DDR4 isn’t massive, choosing a PC or server with DDR4 is a great way to future-proof your system – it’ll ensure you’ll be able to continue running the latest applications as they become more demanding for your computer.

Some random access memory comes with a specialist feature known as error-correcting code (ECC). ECC RAM uses an algorithm to detect and correct common errors which can result in crashes or data corruption. While frustrating, these errors aren’t usually a major issue for home users. But for a business, loss of data can be catastrophic. For this reason, ECC RAM is a must-have on servers handling valuable and sensitive data, such as customer information or financial details.

At SirsteveHQ, our range of Windows dedicated servers come equipped with up to 192GB of DDR4 ECC RAM to guarantee the best possible performance and reliability for your online projects. If you’re not sure what server spec you need, head over to the SirsteveHQ website to get in touch with our server experts.

If you’re interested in finding out more about updates relating to online security, web hosting, and new website technologies, then head over to the SirsteveHQ blog.

Evolution of the CPU: too much to process?