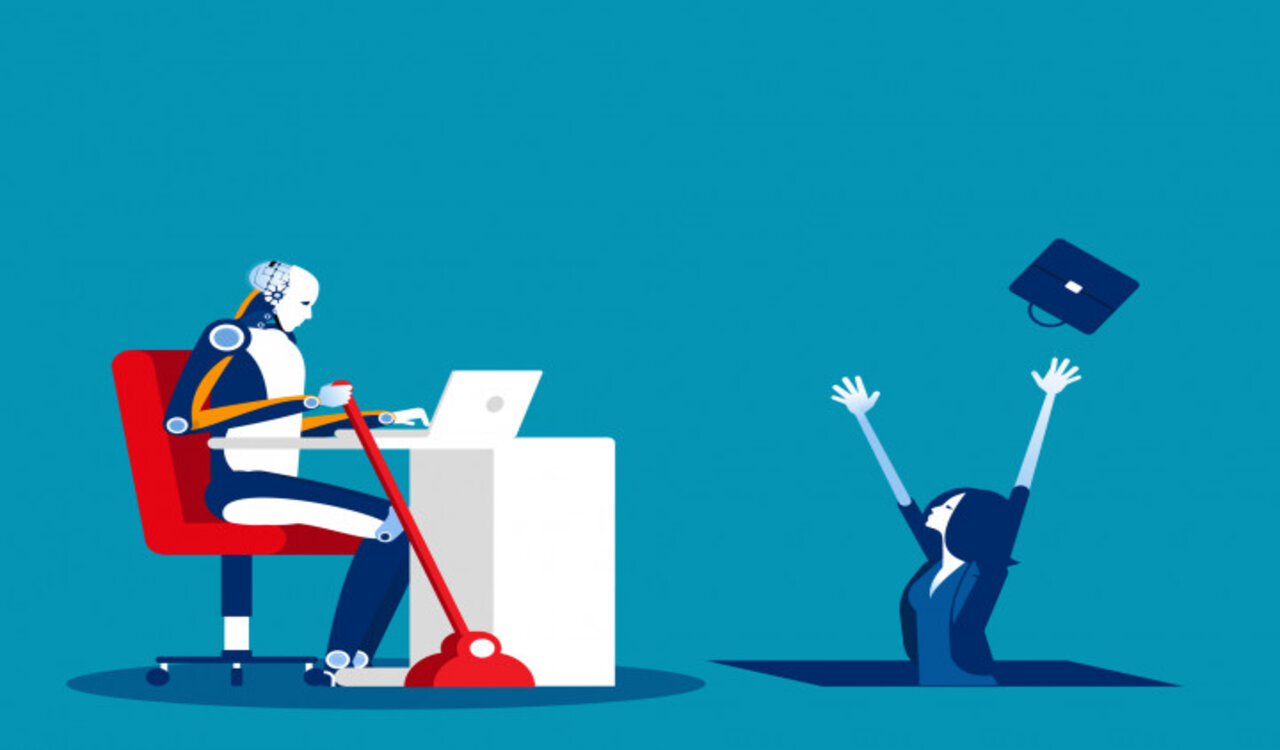 Artificial intelligence or AI is touted as one of the hottest tech trends. Huge investment is predicted as AI comes to the forefront of how we think about our relationship with machines. On the one hand there’s the excitement of all the possibilities, like everyday tasks that can be automated, or even machines that can actually ‘think’. But on the flipside, artificial intelligence could take over jobs currently done by humans – even skilled roles like computer programming.

What is AI? A definition of artificial intelligence is hard to boil down, but essentially it refers to the ability of machines to carry out complex tasks in a range of environments and situations. A basic form of AI can be seen in personal assistant software like Alexa or Siri. Computer programs like these are able to process a wide variety of available data and return useful results, so we think of them as ‘smart’ or ‘intelligent’.

Rise of the robots

AI fits into the wider context of automation, something that replicates the actions of a human, and the fear of machines taking jobs away is nothing new.

Factory automation is now a fact of life, and today we’re seeing the beginnings of driverless taxis, buses and trains. Even in hospitals, AI systems can analyse X-rays and MRI scans to diagnose problems that a human doctor could miss. So could even highly skilled professions be wiped out by a new breed of AI? Are there some human roles that a machine could never replace?

Machine learning: AI that gets smarter

Even the Google search algorithm could be considered artificially intelligent, especially in the way it improves itself over time. Machine learning is an element of AI that enables a computer program to analyse previous activities and learn from achievements and errors to boost its long-term success rate.

Experts from Microsoft and Cambridge University recently created a program known as DeepCoder that can learn to write original programming code. The AI system can complete basic programming challenges by using a method the creators call ‘program synthesis’, taking lines of code from existing software to build a functioning program. With a list of all the various inputs and outputs for each code fragment, and records of what has or hasn’t functioned well previously, DeepCoder can efficiently work towards the desired outcome.

What AI is good at, and what AI can’t do

AI systems like DeepCoder could allow non-coders to create their own basic computer programs – just give the software an overview of what the code needs to do, and let it rip. But does that mean web developers as we know them are out of a job? It doesn’t seem too likely.

An AI programmer has the advantage of being able to scan through existing code more thoroughly than a human. It can also write new code faster and maybe even come up with solutions a human would overlook. But until AI becomes mind-bogglingly complex, it simply can’t match the multipurpose problem-solving capability of the human brain.

Instead of replacing skilled jobs like programming, could AI actually take up some of the burden to make human roles more efficient? For example, a code-writing system like DeepCoder could take on some of the more menial, time-consuming programming tasks, freeing up human devs to work on the higher-level stuff. Essentially, AI won’t be eliminating jobs, so much as eliminating individual tasks within those jobs.

When it comes to human traits like empathy, interaction and creative thinking, AI still has a long way to go. But there’s a huge range of ways intelligent tech can support human workers in advanced roles. In a world of big data, the ability of algorithms and AI systems to intelligently sift through vast swathes of information is a serious time-saver. In the future, the nature of technical roles might even evolve to emphasise their more human elements like social skills and adaptability, while shifting much of the nitty-gritty to machines.

Smart machines are here to help

Another industry that could see an AI revolution is customer service. Chatbots are already widely-used programs that use AI to interact with users and respond to basic queries with relevant info. They can be customised for various roles and industries, and can even simulate different personalities. Low-level AI is now something that a normal developer can create singlehandedly – with your own Facebook chatbot being relatively easy to build.

An obvious advantage of customer support AI is reliability. A computer program doesn’t need to sleep, eat or go to the toilet, and it’s available 24/7. Interaction with a digital assistant could also create a consistency which humans would struggle to match. How many times have you been passed from one customer service rep to another, each one needing an update of past events? AI systems could be armed with all relevant data at all times, and a lack of human emotion could even be helpful when dealing with irate clients.

But as much as you might prefer to avoid human interaction by opting for the self-service tills at the supermarket, there always needs to be a real person on hand when they go wrong. Automated customer service might be a logical step, but it probably won’t replace all humans, since there are always issues that need a keen human mind to resolve. And in more technical sectors like web development, it might be a case of recruiting and training people in new ways, rather than replacing them with AI.

Planning for an AI future

The good news is, no, robo-devs won’t be replacing fleshy human programmers, not any time soon at least. In fact, it’s possible that artificial intelligence will make their jobs easier (yeah, heard that one before), although at this early stage it’s hard to know for sure. What we do know is that AI has already seen enormous growth, and will only become more sophisticated as investment balloons over the coming years.

However AI impacts your world, the best way to future-proof your business is by getting on the latest IT infrastructure. By hosting your data, sites and applications in the cloud, you can ensure you’re always running up-to-date software, with access to the most advanced features and support.

At SirsteveHQ, our Cloud platform gives developers and IT pros everything they need to build and manage cutting-edge projects. Who knows? Maybe in a few years you’ll have a robot helper to do all the boring stuff, and bring you cups of tea.

The best platform for hosting resellers?